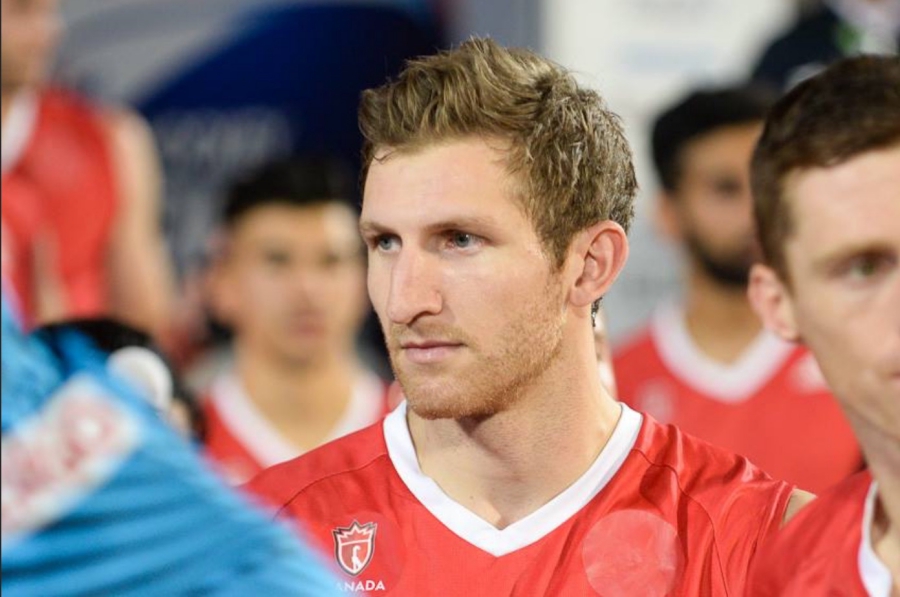 When Canadian midfielder Mark Pearson was playing at the Hockey World League Final in Raipur, India in December, he knew he was being watched.

After all, the World League Final was one of the biggest tournaments of the year in field hockey and broadcast to an international audience.

But with the beginning of the Hockey India League (HIL) – a one month, six team series – right around the corner, it was also an opportunity for the league’s coaches – like Cedric D’Souza, a commentator in Raipur and coach of the HIL’s Delhi Waveriders – a to get a last look at players for their teams.

“[Goalkeeper David] Carter got spoken to a little bit when we were in Raipur and so I thought okay if I don’t hear anything here the dream is dead,” says Pearson.

The dream was to be selected for one the exclusive 48 foreign spots in the Indian league, which features many of the world’s top players. Pearson, Carter, and defender Adam Froese entered the auction for the HIL last September but were not drafted.

And while Pearson didn’t get picked up when he was in India in December, he received pleasant news shortly after he returned home to Vancouver.

“I woke up to an email on Christmas eve from the head coach of the Delhi Waveriders franchise just sort of gauging my interest,” he says.

Austin Smith, captain of the South African’s national team and one of the eight players chosen for the Waverider’s foreign roster spots, was injured and the Waveriders needed a replacement.

Pearson, after a stellar performance at World League in which he led the Canadian team in goals, got the call and was quick to accept.

“Certainly it’s a great personal achievement,” Pearson says. “In the same vein as Sukhi (Panesar) and Carter being nominated (for the 2015 Hockey Stars awards), it’s a reflection of our team’s performance over the last 16-18 months. People are starting to take notice of Canadian field hockey players.”

For Canadian head coach Anthony Farry, the decision to let Pearson go to India and play was an easy one, despite the Canadian team heading to South Africa to begin its Olympic training later this month.

“The biggest thing for us is that he would get to train and play with some of the best players in the world,” Farry says.

Not only will Pearson individually benefit from the level of play, the financial reward, and the cultural experience, but his participation in the Indian series is a coup of sorts for the Canadian men’s program, which – after an eventful and successful 2015 – has qualified for the 2016 Olympic Summer Games in Brazil and is increasingly becoming recognized internationally.

“When we look at it from that perspective, it is a bit of a reward,” Farry adds. “We’re starting to get noticed a bit more, and should we have a really good Olympics as we plan to, it certainly opens the doors for more players to go and do this type of thing.”

The Waveriders’ first game of the series is on January 23rd in Lucknow against the Uttar Pradesh Wizards. They will play ten games in just less than a month. The top four teams move on to the tournament Semifinals in Delhi on February 21st.

For more details, schedules, and to follow along visit the Hockey India League website and stay tuned to Field Hockey Canada’s digital platforms for updates on Pearson’s progress.