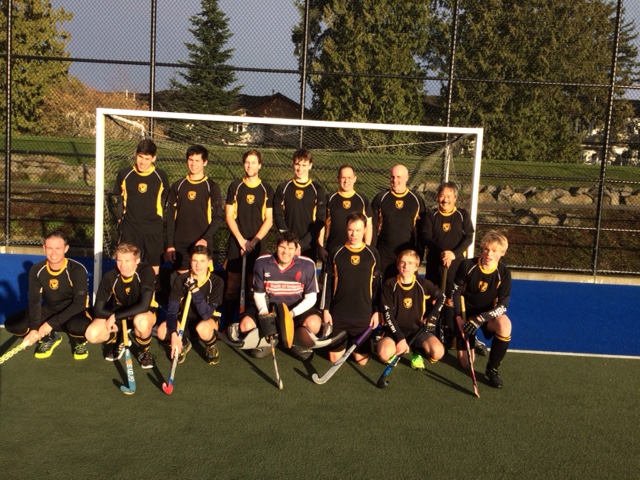 Another great season for the Falcon Men in Comp 1 finishing second behind India C in the League championships. The final was a 2-1 finish with Falcons having 80% of the attack and possession. After going down short in the first half Falcons tied it up quickly in the second half on a short corner. Falcons pushed the play and had all the chances but for one luck touch on a cross that dribbled in against the play.

The team played well all season and had some honourable mentions. New comers Chase Marshall, Gavin Swan and Andrew Ursu and Andrew Haselhan stepped up and proved they are ready to play in the Mens team.

2nd Season veterans Kieran Ma, Rowan Childs and Brendan Guiraliuk provided the real growth to the team and has some personal bests this season. The highlight was Brendan’s 13 goal season. Congratulations Brendan, some great goals.

The returning Brendan Waterman, Kevin Miller and Andrew Parker brought mature youth and stability for our aging team and proved they are the further of this team.

Well done to all the vets who played well and are the anchor to this team week in and week out. Next season we hope to bring in a new cast of juniors and possibly get the recreational team back up and running. Volunteers welcome!

Thans for a great run this season, let’s do what we intended and get promoted next season. Hope to see you all next fall!