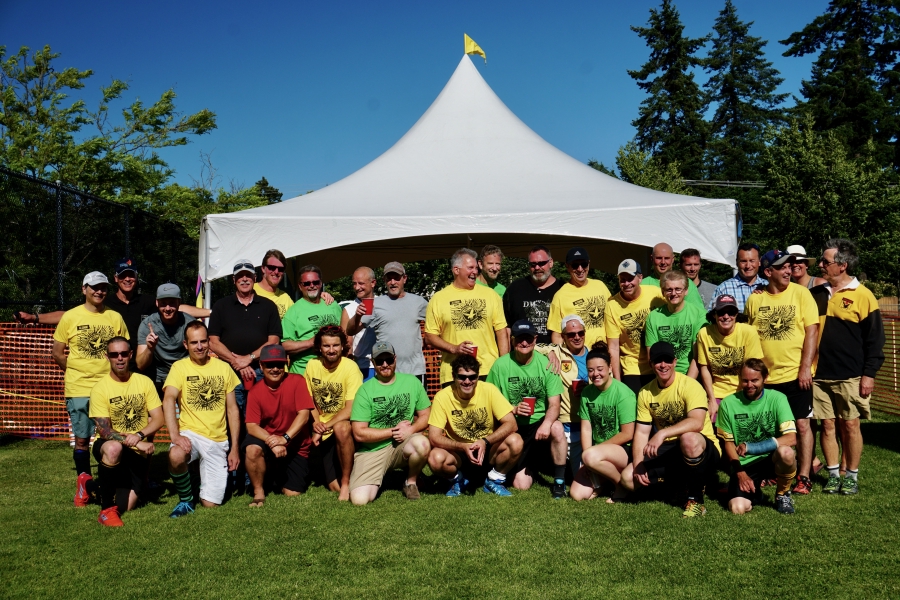 Fantastic day for the falcons 50th anniversary Saturday June 16th. Lots of alumni showed up to partake of the pancakes, hot dogs and beer tent . The u10 boys had a great game vs u16 girls and showed they are ready for prime time! Girls games were the prelude to big alumni game which took place at 3:30 and saw a multi generational roster for both teams which ended in a fitting 4-4 tie. The cap off for the day was the scholarship awards, the grad awards and the coaching and umpire awards, and of course the annual Graeme Carswell award which was awarded to Aimee Calder and Rowan Childs this year, the first time two players were awarded in the same year. We wish them both the best with the hockey endeavors this coming year. Thanks to all the volunteers who made it possible and thanks to all the out of town people who attended and made the day such a huge success.