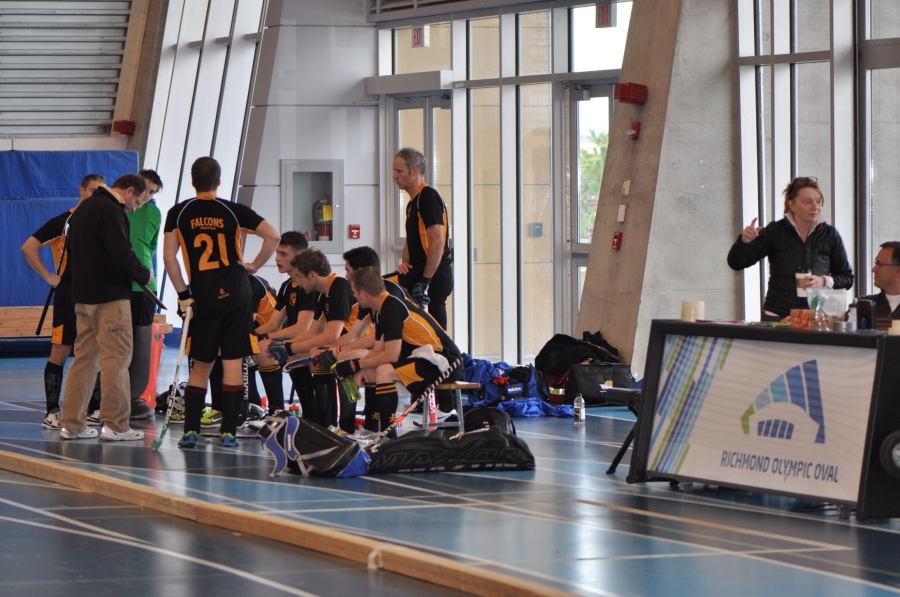 Falcon Men, with the help of returning Mark Pearson, Andrew Kanerva and Nick Roggeveen, compete in the 2014 Indoor tournament with surprising results. After winning first two in a row! and nearly beating tournament winners Vancouver Hawks, falcons draw with India in quarter finals and then lose by one to India in semis only to finish third overall. Outstanding players for Falcons were Mark Pearson, Graeme Carswell and Jack Mathews in net. It was hopefully a sign of things to come from this group. We’ll done falcons!