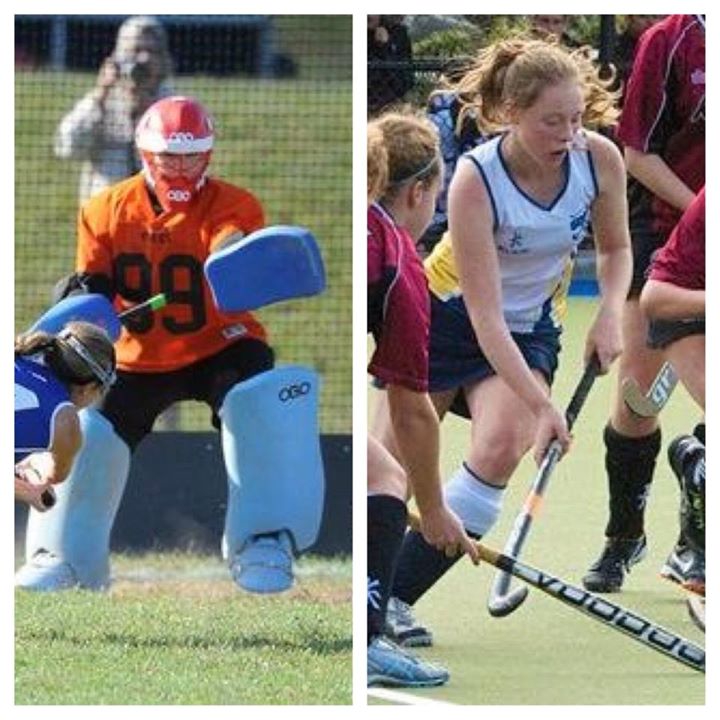 PHILADELPHIA – Head Coach Denise Zelenak has announced two new members for the 2014 season. Cailean Meredith and Kathryn Boyce have signed letters of intent and will join the Dragons in their fall campaign.

Zelenak had this to say of the incoming freshmen, “It was very important for us to get a small number of high quality hockey players for 2014, and Cailean and Kathryn are that, and much more. Both recruits are well-rounded individuals who are driven and committed to being successful both on the field and in the classroom. They are exactly what we are looking for as we continue to compete at the highest level of Division I, and it is clear to me that they will not only naturally fit into our team dynamic, but also bring their own refreshing styles. We are so very excited to officially welcome them to the Dragon family!”

Cailean Meredith, a Canadian native, is a member of Canada’s Junior National Target 2017 squad and played for Canada’s U17 National Team against the USA in 2012. She played at Canadian Nationals for British Columbia’s provincial teams in 2011 and 2012, and also for Alberta in 2013. She received gold during her 2011 run. During Meredith’s three years with the South Delta Secondary senior team, the team won every league game, earned two gold medals at Fraser Valley championships, and placed second at Provincials in her senior year. She plays women’s league with the Surrey Sharks Premier team, plays junior club hockey with India Club where she has won repeat U16 and U18 Club Championships, and trains with Rob Short Academy. Meredith has coached junior field hockey players for Delta Falcons since she was 10, and is a high performance regional coach for Field Hockey BC. She is an honor roll student and has won three Athletic Achievement awards for field hockey and for her play on her school’s rugby, soccer and curling teams. She plans to major in environmental science.
Kathryn Boyce, a two-year letterwinner and senior captain, was the starting goalkeeper for Voorhees High School. Along with high school, she has been a member of the X-Caliber Field Hockey Club since 2006 and competed on the national level. Boyce was selected in 2012 for Futures Elite, and named to the U14 and U16 National Futures Championships. During her U14 run in 2010, her team picked up the gold medal. She also played for the Junior Olympics in 2012, and has competed in the National Indoor Tournament since 2006, taking home gold in 2013. She plans to major in business.

After winning the 2012 Colonial Athletic Association Championships, the 2013 season saw a 13-7 overall and 4-2 conference record for the Dragons. Throughout the season, the team outscored their opponents 40-30, held a six game winning streak mid-season, and had strong home field presence with seven out of ten wins. The new freshmen will report to campus in August.