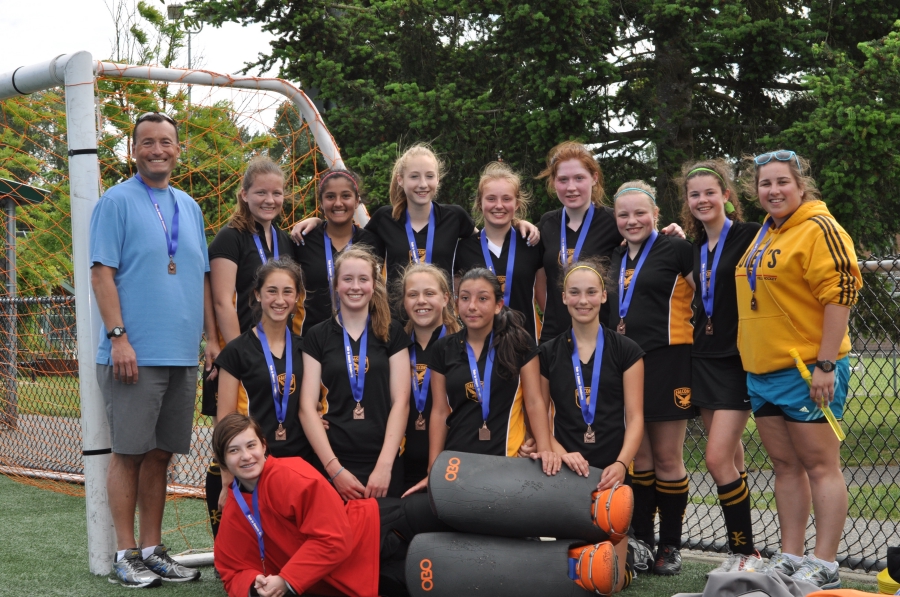 The Falcons hosted the BCFHA Club Championships for the U17-18 Girls, Tier II again this year. The tournament was held this past weekend at Winskill, June 6-7-8. There were nine teams in the draw, and some twenty five games played by Sunday afternoon, thankfully in sunshine from start to finish.

The final saw the Tri City Chaos dominate the side from Burnaby Explosion start to finish to win the Gold medal with a 3-0 win. Well done Tri City.

A big congratulations to the Falcon Stix for winning the Bronze medal with a 2-0 win over West Van Titans. Falcons dominated the first half but walked off the field tied at no score. But they netted a short corner and a field goal in the second half to take the win, and the medal. Well done to coaches Dave Littlewood and Margot Gunning. And a brilliant “bubble award” to the Titan players for making it to the consolation final- quite memorable.

And a special thank you to all the Falcon volunteers who showed up to make it all happen. Without your help, the girls simply don’t get on the turf for these provincial tournaments, so on behalf of all the players- THANK YOU.
____________________
Mike Gunning
President, Delta Falcons