Congratulations to these Falcons! 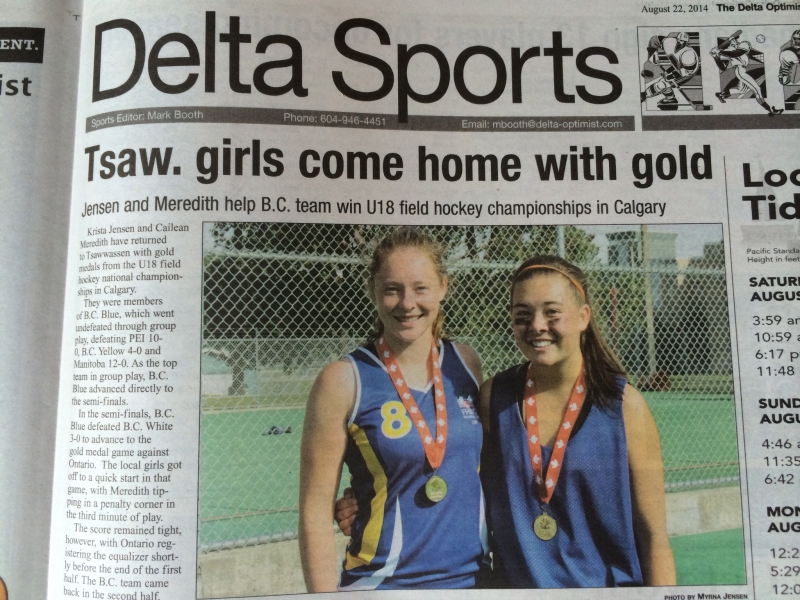 Congratulations to Krista jensen and Caileen Meredith for making the list of junior women across Canada to be part of the National Team Program for 2015. Keep up the good work!

After a year with multiple opportunities to showcase their skills, thirty-nine athletes from across Canada have been named to the 2015 Canadian Women’s Junior Development Squad (JDS).

As a part of the JDS, these thirty-nine athletes will now have the opportunity to continue training under the direction of the National Program and alongside their peers, all of whom have been identified as the country’s best young female field hockey players.

Members of the JDS will also have the opportunity to compete for Canada throughout 2015 and into 2016, a year in which Canada will be attempting to qualify for the Junior World Cup. Specific touring rosters will be selected ahead of each competition.