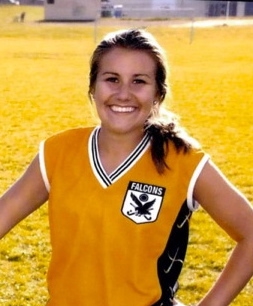 Congratulations to recent Falcon grad Emma Mackie, for being named the FHBC Junior Women’s Player of the Year for 2012. Emma played many years for Falcons teams at both the junior and senior levels. She has been a regular participant in the FHBC Regional Program and this past season co-captained the BC U18 Provincial Blue team to the National Championships in Calgary where she was honoured with a Tournament XI award. Emma is also a member of the Canadian National Women’s Junior squad. She is currently attending Providence College in Rhode Island on a field hockey scholarship. 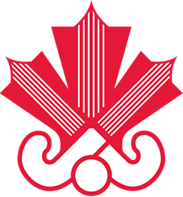 After months of travelling across the country in search of the most promising up-and-coming field hockey athletes under the age of 17, Men’s Junior National Head Coach Mathias Ahrens has selected a group of 21 athletes to represent Canada on the Men’s Junior National Target 2017 Team (see roster below).  18 of these athletes will compete in their first international matches later this month in a series of games against the USA running November 27th – December 2nd at Moorpark College.
“This US tour is just the beginning,” says Ahrens.  “I’m really looking forward to it.  We have an excited young group that will get to represent their country for the first time.  The Target 2017 Men are a solid, competitive team.”

This will also be the first international series for Sandeep Chopra.  Field Hockey Canada is pleased to announce Chopra as the Team Manager for the Men’s Target 2017 Program.  With over 40 years of experience in the field hockey community, Chopra is excited for his new role.
“This is a huge honour for me,” says Chopra of Ottawa. “It gives me so much energy to see young people getting an opportunity to compete at this level.  They are so excited to represent their country – it’s invigorating.  A lot of these athletes have a long road ahead of them.  It’s very rewarding to help them reach their goals.”
“The impact of the Target 2017 Program is huge,” says Chopra.  “It gets the kids involved, gives them a more tangible goal.  They know it will be a long road to the Junior or Senior National, but the Target 2017 Program gives athletes something to push for at a young age.  This program has already sparked interest across Canada.  It also helps raise the profile of junior hockey, and will hopefully encourage more kids to participate.”

So what is the goal of the Target 2017 Program? 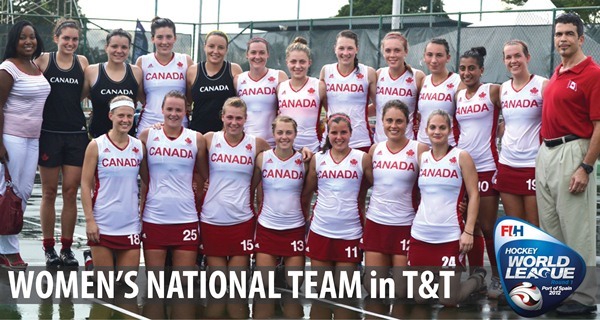 The  Women’s National Team took to the field today against Venezuela for their first match of the 2012 FIH World League Round 1 in Port of Spain, Trinidad & Tobago where the top three teams advance to the next round.  Today marked many firsts for the Women’s National Team as they work towards qualification for the 2014 World Cup.
“We came in with an offensive game plan and can look back at good stretches of play,” says Head Coach Kimo Linders.  “Execution in the circle worked well.”
The team has been adjusting to the varied weather conditions of Trinidad & Tobago including high temperatures, torrential rains and humidity.
Team Canada’s goals were scored by 7 different players including:  Thea Culley (19’), Brienne Stairs (11’, 47’,61’), Abigail Raye (32’), Katherine Gillis (38’,70’), Poonam Sandhu (28’), Marian Dickinson(53’, 55’) and Caashia Karringten (5’, 64’).  Dickinson, Karringten and Sandhu scored their first international goals for Canada.  In addition, first international caps were earned by Angela Lancaster, Rachel Donohoe and Lauren Logush.  After reading the player’s oath during the opening ceremony, Logush’s honour was highlighted by stopping a penalty stroke.
After the game at the National Hockey Centre Eastern Regional Complex in Tacaruiga, the WNT were honoured by a visit at the field from Cyril Joseph, Acting High Commissioner of Canada to Trinidad & Tobago, and his wife Lisa. They came to watch and cheer on the team in their victory over Venezuela.
The WNT plays Guyana followed by Barbados,Trinidad &Tobago and Uruguay during the tournament from November 11 to 17.

Field hockey in the winter has long been an option for adults but never a game played at the junior level. This year marks the first year in falcon history that juniors have the option to play year round. In partnership with South Delta Parks, Falcons created an indoor league starting November 5th for seven weeks for the age groups 9 – 14 for boys and girls. While the older age groups were not as responsive to the offer the girls 9 -12 have come in flocks! The original time slot, originally only available for 12, has doubled to 26 kids. Lelia Sacre and Mike Gunning were there day one to give an orientation of the indoor game which differs somewhat from the outdoor game. There is no hitting, lifting the ball or scooping. Players still must score inside a marked D but can raise the ball on net once inside the D. The biggest difference is the speed of the game and the focus on offense. With a smaller floor, both teams can transition to offense immediately making for high scoring games and a focus on individual skills. Players improve their decision making skills and how to utilize the two on one and one on one skills in high speed situations. “We’ve noticed the rate of skill improvement double in the same amount of time” says Mike Gunning, president of Falcons and member of the Men’s Premier team. The indoor game is also a focus that FHBC has been trying to get clubs to buy into for many of the same reasons Falcons have experienced since Jurgen Lankau introduced it to the club back in the 1970’s. While this initial program has garnered optimistic feedback from the players and parents, the focus now is to grow the experience to other age groups across the girls and boys programs evenly. If all goes well there will be indoor running from October to December and January to March annually for 8-14 year old boys and girls. Once players have reached 14 they will likely be transitioned into adult leagues at the recreational level. Then they will have the ability to practice with the adult indoor program through the Fall and Winter League. For those who are interested in seeing there 9 – 12 year old boy try indoor, Falcons will be offering a chance to try it for free starting November 19 from 6:30 -7:30pm at the Baptist Church Gym. Please contact Guy Manwaring (Club Captain) by email at gremlinchaser1965@gmail.com for more information.

Just another name or a Falcons get together. This is our third annual Falcons Winter Stratgy meeting as coined by Mike Gunning Falcon President! Hope you all can come. Please contact Corrie Guraliuk for tickets and don’t forget to put these dates on your calendar.