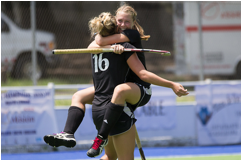 In the first Women’s semi-final match on Day 10 of the 2012 Junior Pan American Championship (Women), Chile and Canada battled. Both teams traded possession and had attacking opportunities in the first half. Canada’s Holly Stewart scored first to give Canada a 1-0 lead in the 16th minute. Just two minutes later, Chile’s Josefina Khamis tied the match off a penalty corner. With both teams playing good defense, the score remained tied 1-1 at halftime. Canada came out fired up, and Canada regained the lead off a Jessica Buttinger field goal in the 37th minute. Canada continued to pressure on attack and one of Caashia Karrington’s penalty corner shots finally found the back of the net. After Canada had a 3-1 lead over Chile, Chile really pressured on attack for the rest of the second half. Chile, however, kept going down their left side of the pitch and Canada defended well. Despite sound chances by Chile, including a couple shots from Manuela Urroz that went wide, the score remained 3-1 in favor of Canada. And Canada not only secures a spot in the Final, but a place at the 2013 Junior World Cup.

The other Women’s semi-final match was also between a South American and North American team, respectively: between Argentina and the United States. Argentina came out dominant on the attack and took a quick two-goal lead within the first eight minutes of the match; off a field goal by Sofia Denise Villarroya and a penalty corner goal by Julia Mailen Gomes Fantasia. The United States’ keeper Lauren Blazing saved a number of shots to prevent Argentina from building a bigger lead. Argentina could not be stopped, however, as Roberta Werthein made it 3-0 in the 20th minute. The United States had few opportunities on attack; and the Argentine defense made a tremendous save to block the United States’ lone penalty corner play of the first half. Argentina’s Gisele Estefania Juarez blasted a reverse shot to the opposite corner of the cage off a penalty corner to give Argentina a 4-0 lead in the 31st minute. The second half again started with Argentina dominating on attack. Maria Del Pilar RomanG gave her team a five goal lead just three minutes into the half. The United States blocked a series of Argentina penalty corners, but could not generate their own attack long enough to get a shot off. Argentina’s Albertarrio made the score 6-0 in the 59th minute. Thus, the United States and Chile will battle for third place and a 2013 Junior World Cup spot.

Day 9 of the 2012 Junior Pan American Championship (Women) featured two matches of exciting cross-over play that both went into extra time. In the match to decide the 9th-11th place matches, Brazil and Paraguay played. Brazil was still looking for its first tournament win. Throughout the match, however, Paraguay had the attacking advantage, but Brazil played tremendous defense to prevent Paraguay from scoring, especially off penalty corners during regulation. Thus, the match went into extra time. Again, Paraguay dominated on the attack and even earned a penalty corner, but again Brazil held off their attack to keep the match scoreless. As a result, the match went into a second period of extra time. Brazil continued to hold off the Paraguay attack and blocked a Paraguay penalty corner. It looked like the scoreless match was going to go into a shoot-out, but Paraguay’s María Servian Giosa scored with one minute remaining in the second extra time to advance Paraguay to the 9th/10th place match. Brazil will play Jamaica in a cross-over match to decide who will play against Paraguay for 9th/10th place.

In the Jamaica versus Brazil cross-over match, both teams battled for possession throughout the match. Jamaica scored first in the 13th minute when Trudy-Ann Knight converted a penalty corner. Brazil also had a number of attacking opportunities, but could not capitalize. Jamaica’s Chakira Airey tipped in a penalty corner shot in the 34th minute to give Jamaica the 2-0 lead over Brazil at halftime. Again, both teams came out fighting for possession in the second half. Brazil finally got on the scoreboard in the 40th minute when Camila De Aguiar Lemos converted a penalty corner; De Aguiar Lemos’ goal was also the first goal of the tournament for the Brazilian women. Both teams played strong defense to prevent another score, especially off a penalty corner. Thus, Jamaica came away the winner and will play Paraguay for 9th/10th place; while Brazil will finish in 11th in the 2012 Junior Pan American Championship (Women).

In the cross-over match to decide placement in the 5th through 8th place matches, host Mexico and Venezuela played. From the whistle, both teams battled for possession. Mexico’s Jazel Arlet Salazar Miranda scored off their first penalty corner of the match just three minutes into the match to give Mexico the early lead. Just two minutes later, however, Venezuela’s Stephanie Gonzalez tied the match off Venezuela’s first penalty corner of the match. Afterwards, both teams continued to trade possession and kept play mostly in the midfield. A penalty corner goal by Lady Beltran Mendoza in the final minutes of the first half gave Venezuela a 2-1 lead over Mexico at the halftime break. In the second half, Venezuela had more possession, but Mexico had more penalty corner opportunities. Both teams played strong defense throughout the second half. Mexico’s Karen Gutierrez Orozco tied the match in the 64th minute. With both teams unable to score another, this match also went into two extra time periods. During the second extra time, it was Venezuela’s Johandri Sanchez with the golden goal to securing Venezuela a spot in the 5th/6th place match. 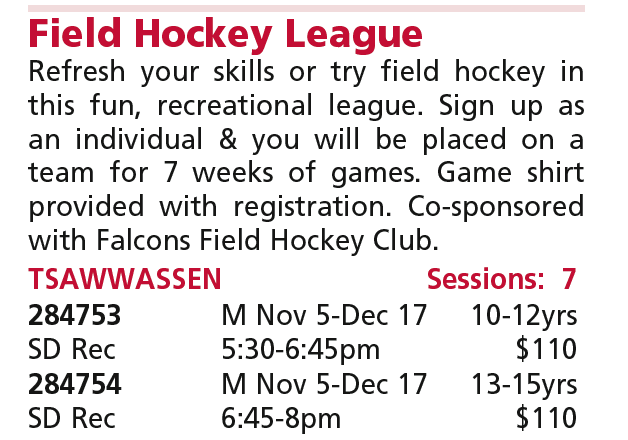 Falcons Field Hockey Club, in partnership with Delta parks have created an indoor league for both boys and girls at the new South Delta Recreation Gym in Tsawwassen. The league will incorporate a 4 on 4 indoor style with modified rules for ages 10-12 and 13-15 year olds. Sticks will be provided as well as jerseys. It’s fast, fun and a great way to extend the short outdoor season while improving your individual skills, a must for those players who are trying to go further with high school, regional and provincial teams. It runs from Nov. 5 – Dec. 17 every monday and promises to be as popular as our Adult League currently running from October – March. Spaces are limited and going fast so be sure to sign up right away. Here is the ad to look for in the Delta Parks Leisure Guide online. Registration is currently only by phone at (604) 952.3000  or view online at www.deltarec.ca.

Link to the Leisure Guide online (it’s on page 20)
http://www.corp.delta.bc.ca/EN/main/residents/recreation_and_parks_services/leisure_guide.html

Falcons at Junior Pan Am Games 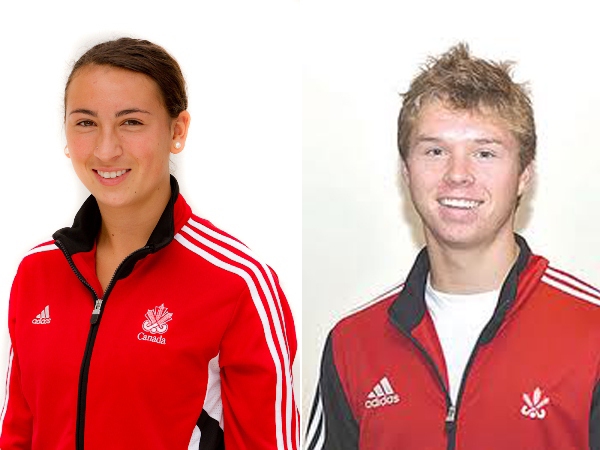 Andrew Kanerva and Sara McManus, two of our Falcon hopefuls are competing in the Pan Am Games this week. The Junior Mens Canadian team is expecting to qualify for the upcoming Junior World Cup and will be one step closer to that dream if they beat Uruguay today. Game time is 2:00 pm and can be viewed by clicking the link below. Good luck to Andrew and Sara and their respective Canadian Junior National Teams! 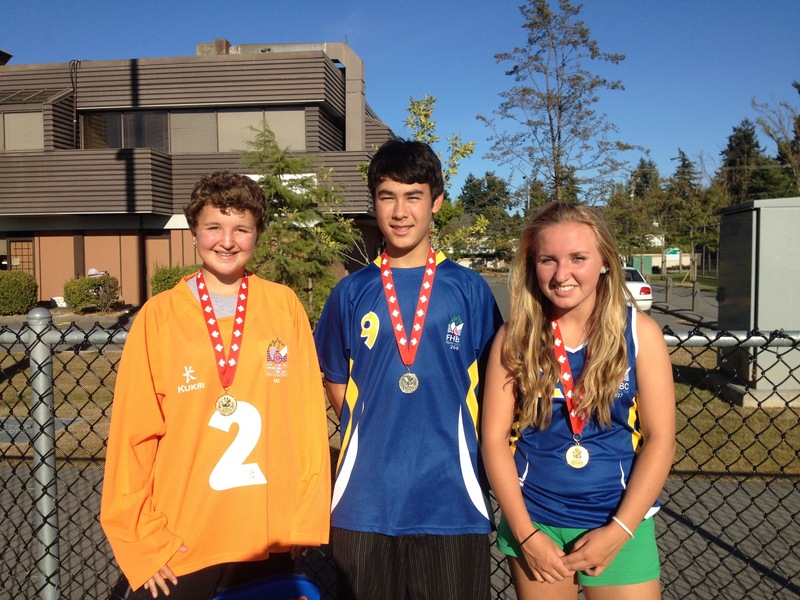 Game Schedules will be coming soon! 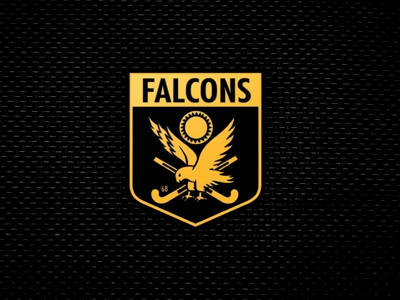 Many of you have been asking about the game schedules. We are very close on posting them but unfortunately some information is not available yet. League schedules will be distributed to clubs soon. Stay tuned Thank you again!